Why The Slow Speed Handpiece Is Considered A Vital Instrument In Dentistry?

The low-dental handpiece is mainly used for the procedures like defining, shaping, trimming, smoothing, and contouring of the preps in the oral cavity. So, let’s check how the slow-speed handpiece, helps the dental field.

How does the slow-speed handpiece operate in the dental field?

Usually, the low-speed handpiece rpm operates at a speed of fewer than 150,000 RPMs, and it will empower higher torque which will enable the higher power at a lower speed. Some of the important uses of slow-speed handpieces are refining the cavity preparation, removal of caries, performing prophylaxis, and some other endodontic and implant procedures.

How does it work?

Once the air is moved around the rotor, then the air will be forced out through the handpiece’s back and exhaust port. The speed of the handpiece will be slower, so there won’t be any additional requirements for the cooling process.

Functions and features of the slow-speed handpiece:

The slow-speed handpiece comes in two different types, which are electric and air-driven handpieces,

There is also an endodontic attached handpiece which is a slow-speed handpiece, and it is mainly used for root canal therapy. This is the ideal instrument for shaping and cleaning the delicate part of the root canaled tooth.

The air-driven handpiece costs low, and it is the most common dental handpiece in the market. In the low-speed air-driven handpiece, there is a turbine motor that operates at a speed of 100-20,000 RPM. It is mainly used for cleaning, polishing, endodontic procedures, and carries removal.

If you are looking for a cost-effective option, then the air-driven slow-speed handpiece is something you should try. It is considered the popular option for the majority of the treatment, and also it offers many benefits both in size and weight.

If you are planning to start a dental office or laboratory, then a handpiece is the one most important thing to consider. You will find all types of dental lab handpieces in the Dental Lab Shop, a leading distributor of all kinds of dental supplies and equipment which you can get at a reasonable price.

Here are some recommended products of slow-speed handpieces from the Dental Lab Shop;

This slow-speed handpiece from the Dental Lab Shop comes with great technical features as it consists of a low-speed contra-angle and a low-speed straight handpiece. This handpiece operates at an rpm of 22.000 to 27.000. As the bur of the handpiece rotates the speed can be controlled and also the heat produced during the procedure is less fierce.

You can use this handpiece for a longer time, as it comes with an external cooling system so can be used for a longer time. It will produce minimal noise and is ergonomically stable and highly efficient.

This type of portable brush micromotor dentist is mainly used for surgical dental treatment. It has an LED motor so it offers the fast and efficient cutting ability. On the other hand, the design of the instrument also makes the handpiece more portable and comfortable to handle.

Depending on the use, the speed of the equipment can be adjusted as it comes in high, low, and medium speeds. It won’t produce any noise, and also it helps to employ higher torque. This is a brushless micromotor so there won’t be any chance of changing the carbon brushes, which is another advantage.

Newer Which Dental Micromotor Is Best Suited In The Dentistry?
Back to list
Older A Learning Guide On How To Set Up The Dental Lab For Denture
close 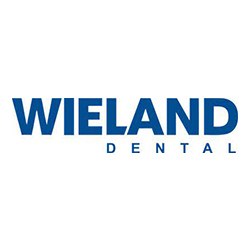 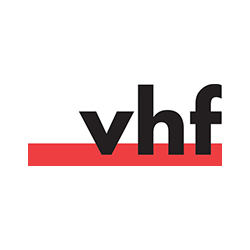